The Ambassador of the Russian Federation, H. E. Yuri Materiy...

Appointment of Hostage Negotiator - Team to be engaged hosta...

Appointing of well-trained hostage negotiators in a Sate, as a...

The processing by the Evaluation Panel of CAASL , which comprises Drone Expert Officials such as Air Commodore Dilshan Wasage/Director air intelligence SLAF, Prof. Rohan Munasinghe/ UAV Lab-University of Moratuwa, DIG Thilak Dhanapala/Sri Lanka Police, Mr. Nuwan Indika / General manager(Network Ingineering/Sri Lanka Telecom-Mobitel and officials of CAASL led by Mr. Rohan Manukulasooriya/Deputy director General(Aeronautical Services Regulation), will be continued on the remaining applicants as well who are capable of higher level of Drone Technology uses such Payload Delivery, Aerial Spraying, Broadcasting, Thermal Detection etc; and also development of a Drone Monitoring System and also locally manufactured and/or upgraded/improvised Drones, with the hope of issuing Letters of authorization in those categories as well for those become successful at the evaluation.

This Letter of authorization awarded to them today will make them deemed as having obtained the prior Approval of the Director General of Civil Aviation (DGCA) for a period of one (01) year, thereby not requiring them to obtain DGCA’s approval on a case-by-case basis when deployed for Aerial surveillance by a respective governmental Authority/Agency. However such operations continue to require the approval of the Ministry of Defence through the Office of Chief of Defence Staff (OCDS) and any other such authorities in addition to a notification to the local Police Station of the area of operation. In recognition to their coming forward to a national cause during the hour of need at the ,peak of COVID-19 outbreak, the CAASL has decided to exempt the processing fee applicable in respect of the Authorization issued by CAASL.

The event was graced by Mr. Upul Dharmadas/Chairman-CAASL who highlighted about his intension and vision to expand the present number of 750 Drones registered under CAASL to 10,000 drones within the next 2 years in order to build a capable Drone Industry in Sri Lanka and Mr. Amith Wijesooriya/Vice Chairman-CAASL who enlightened the gathering with the capability of Drones being used for a broader cross-section of uses in Agriculture, Industries etc; to contribute to the national economy, while Capt. Themiya Abeywickrama-DGCA-CEO-CAASL stressed the importance of conforming with the Rules and Regulations which CAASL is committed to make more user-friendly and understandable to Drone operators’ community with appropriate amendments as appropriate. Air Commodore Dilshan Wasage-Director-Intelligence-Sri Lanka Air Force (SLAF) called-upon the recipients of Letters of Authorization to ensure not to breach or compromise national security when operating drones, which might compel the Defence Authorities to re-impose the ban on drones or stringent restriction which is not in the best interest of the Drone as a growing industry which needs to be allowed and grow even further.
The recipients of the Letters of authorization for Drone Surveillance Operations in Humanitarian Tasks were delighted on this historic achievement and assured their fullest cooperation to all endeavors of CAASL & GOSL in the field of Drones in particular & also in Aviation Industry as a whole. 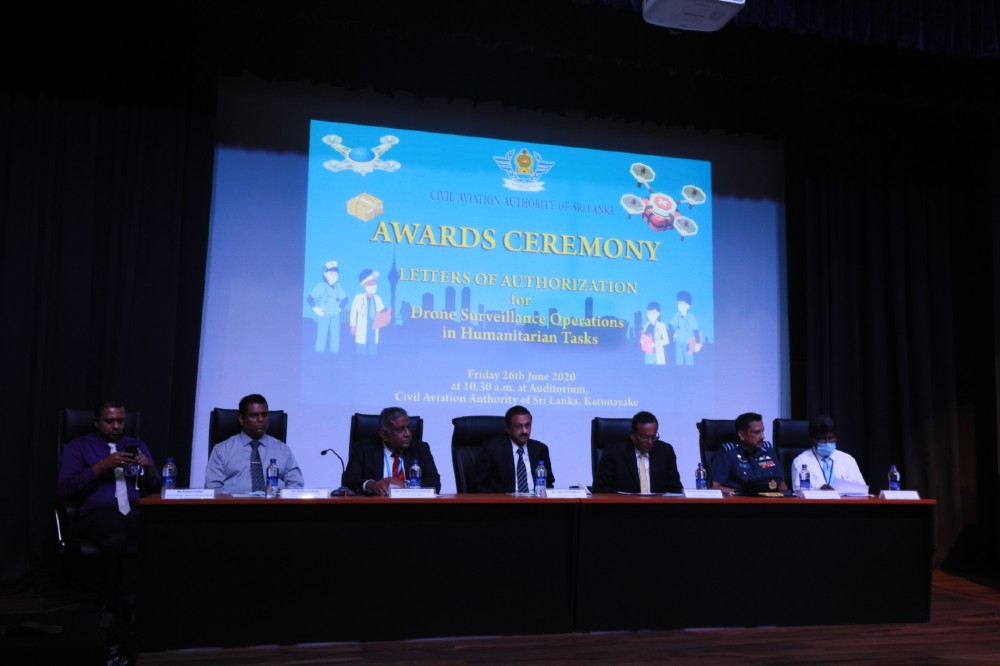 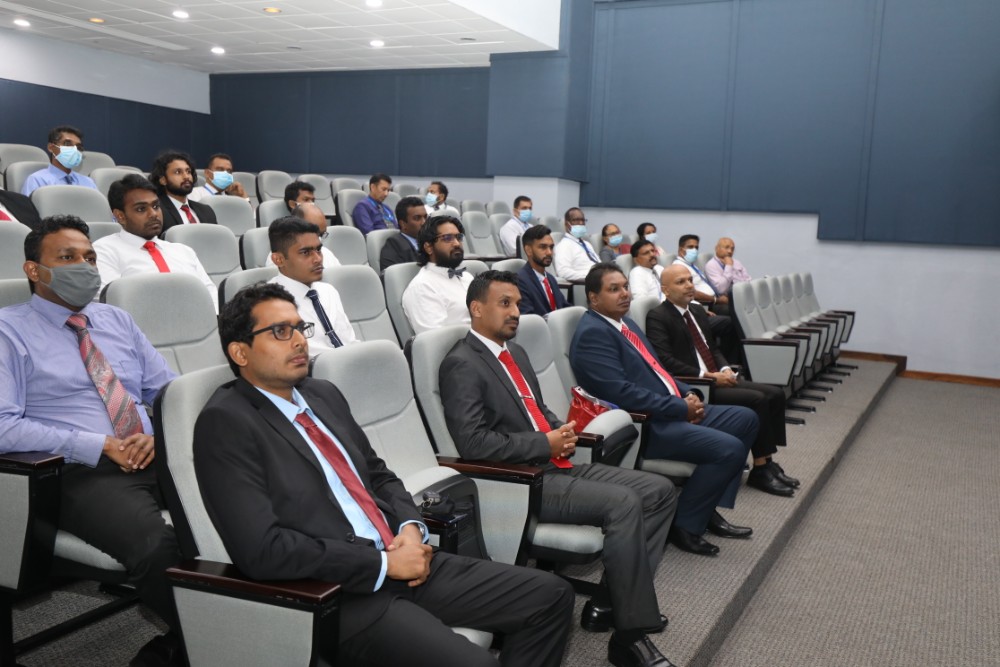 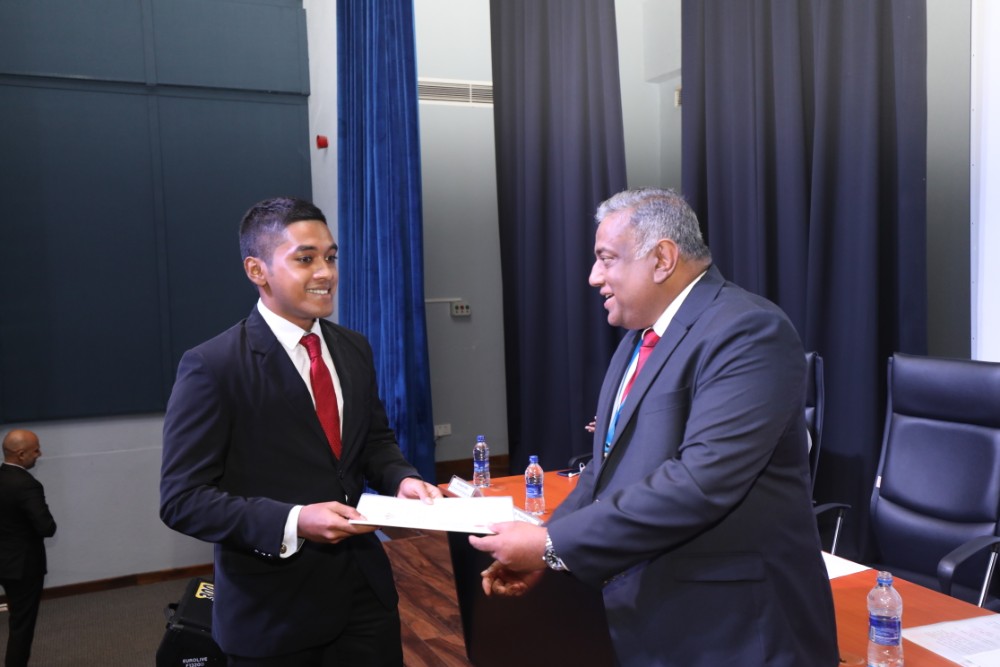 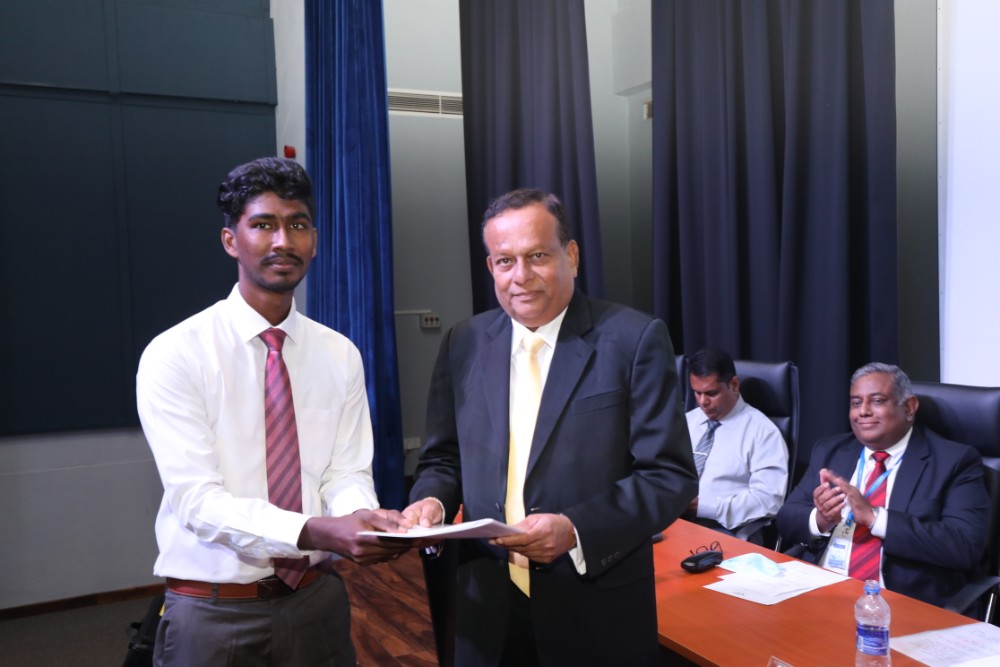 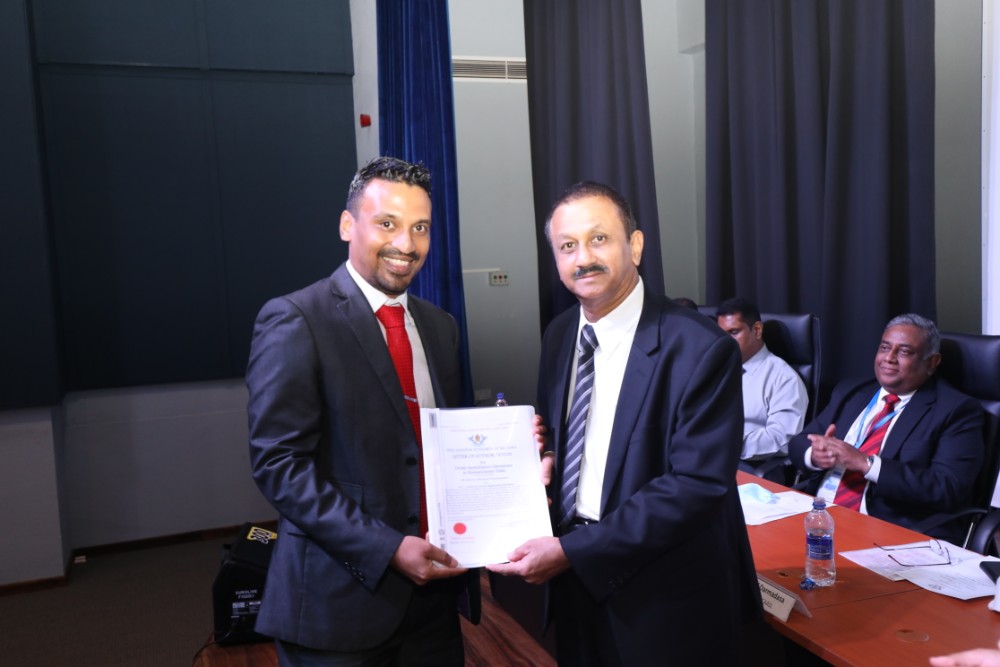